Crisp Point was one of five Lake Superior U.S. Life-Saving Service Stations along the coast between Munising and Whitefish Point. It is located about fourteen miles west of Whitefish Point. It was built in 1875 and became operational in 1876 as Life Saving Station Number Ten, of the U.S. Life-Saving Service District 10 (it was later part of District 11) .

An Upper Peninsula hidden secret, Crisp Point Lighthouse is buried within the Lake Superior State Forest with one of the most secluded beaches in Michigan. Reach the marvel by taking a 45 minute drive down a narrow country road. As the lighthouse begins to appear over the trees, you know the trip is well worth it. A wooden boardwalk takes you around the tall tower alongside the magnificent Lake Superior. No matter the season, this historical wonder is great for the family, outdoor enthusiasts and photographers! 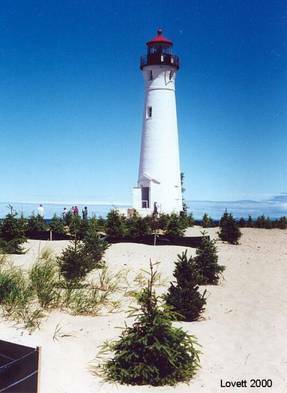 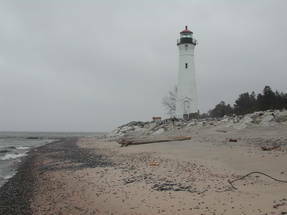 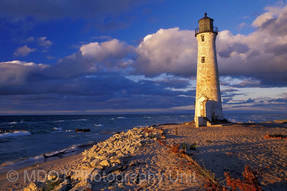