On a southern bluff of Mackinac Island, towering 150 feet above the majestic Straits of Mackinac, is a fort once occupied by 18th century British Redcoats and 19th century American soldiers.  This is Fort Mackinac, a stately stone palisade, a military compound of 14 original building filled with interactive displays and period furnishings, that holds significant history spanning several centuries.  But in this military fort, history isn't simply words on a marker or artifacts enclosed in glass cases.  At Fort Mackinac, history is alive and you're part of it!  Step inside and hear bugle music, rifle fire, a cannon blast, and the rapid tapping of Morse Code.  Dance to a 19th century tune, drill with soldiers, play Victorian children's games.  It's the 1880s.  Imagine it.  And then walk inside and live it. 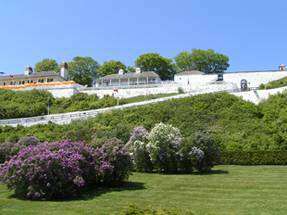 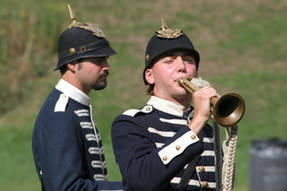 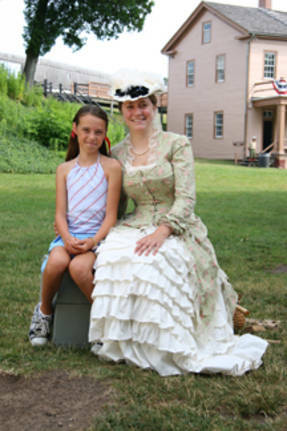 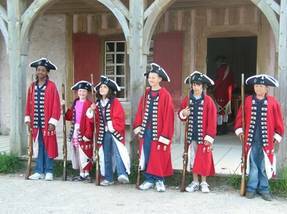